I have a confession to make. I’ve been living in denial for a while now. But it’s time to let go…

The Sunk Cost Fallacy : How Not to Set Your Money on Fire

Today I have no idea how this image became ingrained in my mind, but I saw myself, my wife and my son making summer road trips in our leather-upholstered black BMW X3, and the thought filled me with a sense of hope and purpose.

And here my sorrows began. In this post I’m going to share and attempt to diagnose my struggle with the Sunk Cost Fallacy. What is the Sunk Cost Fallacy? In a nutshell it’s the idea that something you’ve already invested in is worth more than the objective value placed on it by the market.

This fallacy in reasoning often leads people to continue to invest in something that does not warrant their money, time or energy, simply because they do not want to give up on all the money they’ve already invested.

Examples of the Sunk Cost Fallacy

The sunk cost fallacy can impact us in many aspects of our lives. It’s not necessarily limited to financial decision making. Sunk costs can be found in anything that we value simply because we have invested our time, emotions or energy into it.

Many people stay in bad or toxic relationships, either romantic or platonic, simply because they have “invested” themselves in these relationships. Objective thinking about friends and loved ones isn’t easy, and so we have a tendency to believe that our time with someone will have been “wasted” if we choose to disassociate with them or change the basis of our relationship.

Workers often come to believe that they have invested too much of their lives and their sense of self-worth into a career or a particular job or company, and become unwilling to leave or to change careers because they believe that their previous investments, in things like education and training, will have been wasted by this change.

Who has not known a teacher who should have retired long ago, or a manager who can’t leave the company that they’ve spent their careers with, even if they’re deeply miserable?

Have you ever had a gym membership you paid for every month, even though you rarely or never went to the gym? Well, gyms profit from many of their members doing exactly the same thing. And the fact that you won’t cancel your membership because you’ll feel that all the time you’ve paid for will have been “wasted” when your membership ends is an important source of revenue for the fitness industry.

So too are we slow to realize and acknowledge other hobbies and activities that we have invested in, but have stopped doing or lost interest in. The piano collecting dust in the corner. The magic set shoved in a drawer. We don’t sell or dispose of these things, because to do so would be to admit that getting them in the first place was a mistake.

The fallacy works on our feelings of guilt or shame at admitting these mistakes and “realizing” the loss. As if we are somehow wasting our invested money by disposing of the item.
Compounding Your Losses

This need to avoid the defeat implied in realizing your losses and moving on may keep a sunk cost fallacy going for years, or even decades.

So it has been with me. Of course, not being able to afford a brand new BMW X3, I bought one with relatively low mileage, but which was over 10 years old. Yes, you may be screaming at your phone or computer screen: an old BMW is a money pit you’re saying to yourself. How could someone do such a thing?

Well, I didn’t start out with that goal in mind. But mistakes were made.

The first step in developing a sunk cost fallacy problem is in the initial decision making process. Psychologists call the factors that govern your decision making the “framing effects.” Your decisions may be driven by how the options are presented to you. For example, the average used car salesman is adept at developing “positive framing,” which means that our decisions to buy a car is based on all the benefits of having one particular car.

At the same time, a very good salesperson is also skilled at using “negative framing,” to describe alternative decisions, such as buying a cheaper car, or buying a car somewhere else, or not buying a car at all. Thus, salespeople paint pictures for us that emphasize the risks of not buying a particular car, and the advantages of owning it.

Now, when the car I had purchased less than a month earlier developed serious mechanical issues, what I probably should have done was to try my best to get my money back. But in keeping with “plan continuation bias,” I decided that now that I was a BMW Owner™, I belonged to a different class of people, who paid premium prices to have my car repaired by BMW experts.

So I proceeded to spend two months of salary on repairs for the car I had just purchased. Surely, I believed, this would justify my decision, and my car, though slightly more expensive than it had first appeared, was now as good as new.

So I continued with “the plan,” as it were. I kept the course I had set out. For nearly 3 long years, I nursed this sickly automobile from one crisis to the next. I replaced parts I’ve never even heard of. I learned about the ins and outs of problems I never knew could exist, and I came to wonder why so many finicky technical systems would ever be installed in a car that is supposedly for outdoor recreational use.

I spent a frankly embarrassing amount of money on this project. To no real benefit to anyone.

The 5 Stages of Grief: Confronting The Sunk Cost Loss

This week my mechanic, who has had enough of taking my money over the years, put his foot down. “I won’t keep taking your money. There’s nothing to be done.” The car is a total loss.

I can’t even take credit for getting myself out of this shame spiral. My mechanic did it for me. And when your mechanic insists you can’t spend any more money on something, you know things have gone horribly wrong.

And so I’m experiencing the 5 stages of grief. Still, because I know what to expect, the process is not quite as painful as it might be.

Denial : Surely something can be done. It’s not that bad.

Anger: How could BMW design such a money bonfire to begin with? How could I have done this to myself!? Who can I blame?

Bargaining: Perhaps something can be worked out. A secret handshake. A magic spell?

Depression: I’m such a fool for having gotten into this position. Woe is me.

Acceptance: Off to the junkyard with yee, noble steed. It was fun while it lasted.

Taking Your Losses in Stride

Here’s the honest truth: it’s in our nature to believe beyond reason that the things we’ve invested in, be it our time, our love and care, or our money, are all worth saving.

This feeling passes. The more you allow yourself to experience grief and loss, the better you will feel about these decisions you’ve made, for the better or the worse. We are all human beings, after all. Mistakes are just learning experiences, and knowing that makes even our most costly mistakes worth it in the long run.

At the end of the day, all I can say is this: I’ll be leasing my next car.

7 Money Movies You Can (Actually) Learn From

8 Podcasts That Will Make You Smarter About Economics 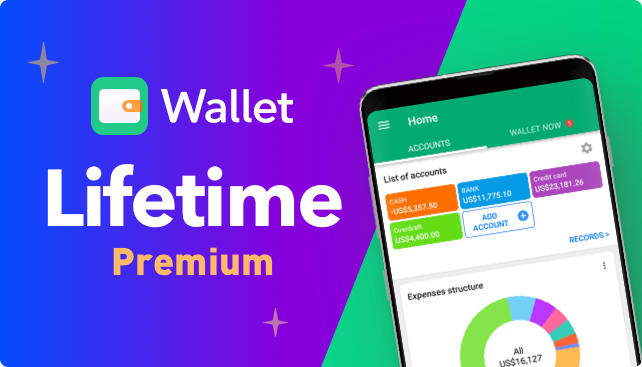