What Inflation Means For You In 2022

After all the upheavals and trials of the past 2 years, it sometimes feels like we just can’t catch a break. Well, in some ways that’s true, because even as COVID-19 infection rates are falling, and economies and wages are recovering, inflation now rears its ugly head.

Simply put, inflation is when the value of money goes down, and prices go up.

Inflation occurs for a few different reasons. First, it occurs when more money is created, such as when countries print new money in order to “deficit spend” (spend more than they have) during an economic downturn. This can spur economic growth and keep people employed, but it can also produce inflation as all the extra money that the government is spending (or giving to people), competes for limited resources, driving prices up.

The other thing that drives inflation is scarcity of goods and resources. Right now, in most developed countries, there is a shortage of workers willing to work for low wages, and a demand for goods greater than the supply due to COVID era delays in producing things like microchips and batteries. The war in Ukraine is also badly impacting energy prices, which drives up the cost of fuel, impacting everything we buy.

Inflation: The Downside of Up

So while low-wage workers are in some ways facing their best economic prospects in years, they are also having to pay higher prices for everything from food to cars and phones.

The US Consumer Price Index, which is the compilation of prices on basic goods and services that the US government uses to gauge the inflation rate, shows that inflation spiked 7.5% in 2021, and may rise as much as 15% over a two year period. That would mean basically that everything you buy will be around 15% more expensive.

How Does Inflation End?

There are ways to stop inflation, and these methods are now being used aggressively by central banks. One way is to raise the base interest rate.

Consumer banks borrow money from the government controlled central banks in most countries. This allows the central banks to dictate how expensive it is to borrow. If the central bank lowers rates, this makes borrowing cheaper, and it encourages banks to lend more to their customers. As rates rise, banks have to pay more interest to borrow money, and so they become less willing to lend to you.

You may have noticed that your credit card limits have dropped, or you’re getting less offers of low-interest financing than you were a few years ago. You’re not imagining things. As inflation rates increase, banks will be more and more stingy about lending money to regular people.

If inflation gets bad enough, government may take quite extreme measures to end it. These can be very painful. Most people experiencing inflation for the first time don’t remember the economic conditions of the early 1980s, when interest rates reached extreme heights of almost 17%. Most of us have never experienced rates over 3 or 4%. While those rates are not likely to return for many complex reasons, nevertheless high interest rates can be very painful, particularly for people who are trying to start their lives buying first homes and cars.

What Inflation Means for You

The fact is that in some things, such as basic food, fuel, and housing, inflation simply means you will be spending more and getting less.

Knowing this, it’s important to take steps to limit the damage inflation causes you. Here are some ways you can try to do that:

Try not to keep too much of your savings in cash.

As inflation rises, your cash becomes less valuable. It’s better to make larger purchases sooner rather than wait for prices to rise and financing to become even more expensive. So if you’re thinking about getting a car, or buying a home, or you’ve been saving for a new TV, it’s probably smart to go ahead and try to get it now. If you wait, your money won’t be worth as much as it is today.

While certainly not everyone has the financial means to buy inflation hedges, if you do have significant cash or near-cash investments, it may be a good idea to invest in “Inflation-Hedged” investments. These take the form of so called “TIPS” (Treasury Inflation Protected Securities). These are basically bonds that pay more in the future if inflation increases, saving you from losing the value of your money. They pay back less in the near term, but they are good in case inflation rises sharply. Another investment may be property, or an “REIT” (Real Estate Investment Trust), popularly traded stocks such as S&P 500 companies with low Price-to-Earnings ratios, and commodities such as gold and silver.

Negotiate contracts sooner rather than later.

One many not immediately think that resigning a lease contract on their car or home earlier, and paying more, is necessarily good advice. But the truth is that if you expect prices to rise by more than 10% in the next year, it may be smart to get a smaller increase, such as 5% locked in now, rather than be faced with a much higher increase a year or two from now. Often landlords and auto leasing companies will agree to longer contract terms for a higher rate today, which may end up saving you from unaffordable increases in the future.

Update your life and disability insurances.

As inflation rises, it’s important to make sure that your life insurance and long-term disability insurance are adequate and cover all your future needs in case something should happen to any member of the family. If you got a good rate early on, great! However now that inflation is rising, those premiums are also becoming cheaper, which possibly opens up the chance to buy an updated policy for a little more money, which covers even more than the old one. Sometimes insurers allow you to “top up” an old policy to get better benefits, or you can add a secondary policy today, and lock in the rate before it gets higher in the future.

Start looking for a raise.

Yes, your money is buying less and less today, but that also means that you deserve a raise. So start looking for better offers, or let your employer know that you’re seeking a raise sooner rather than later. Employers are jumpy right now as it becomes harder to hire and retain employees, so they may surprise you by agreeing to a raise when you didn’t expect one. It probably can’t hurt to ask.

Keep Calm and Carry On

As the poet said to Solomon: this too shall pass. All economic cycles eventually end, and this one will too. Until then, be smart with what you have. 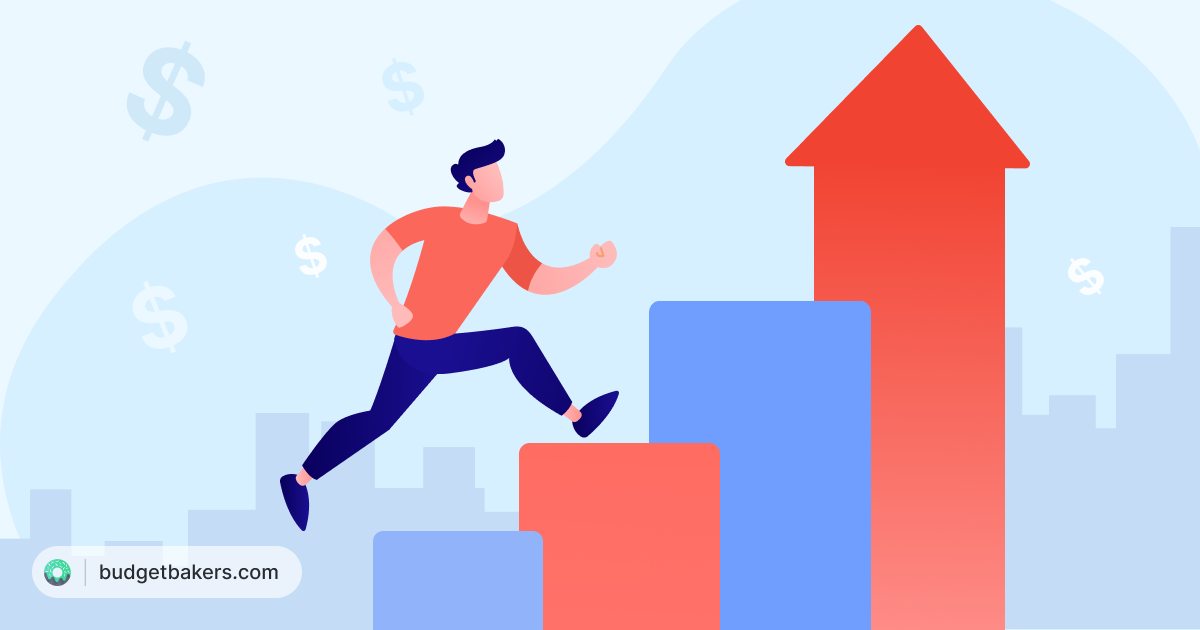 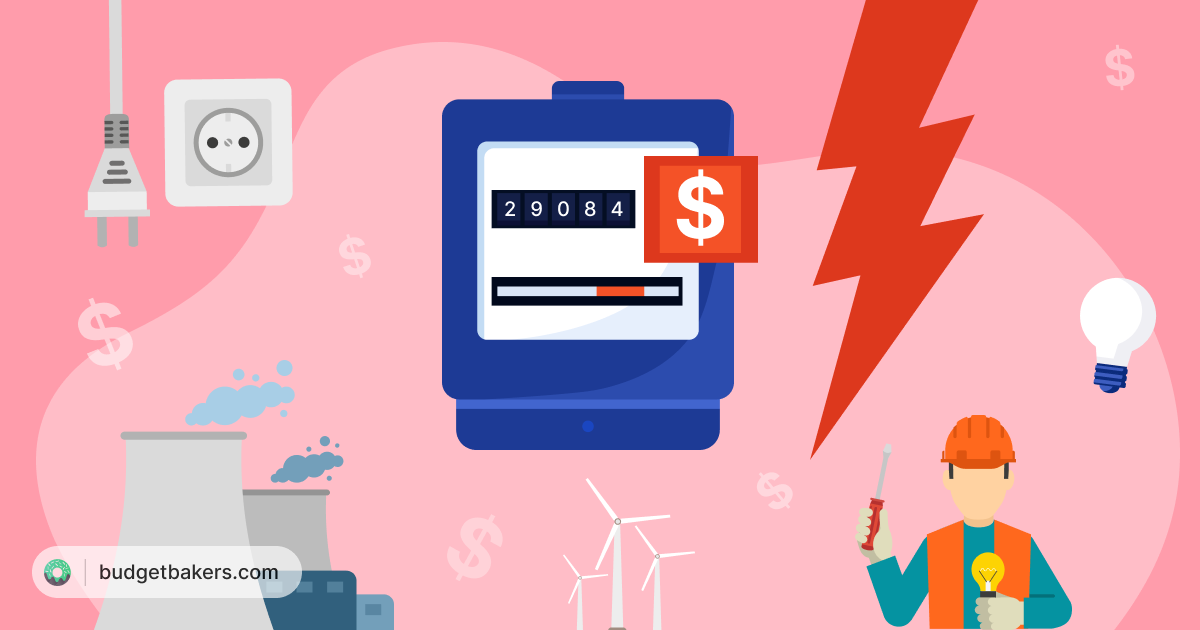 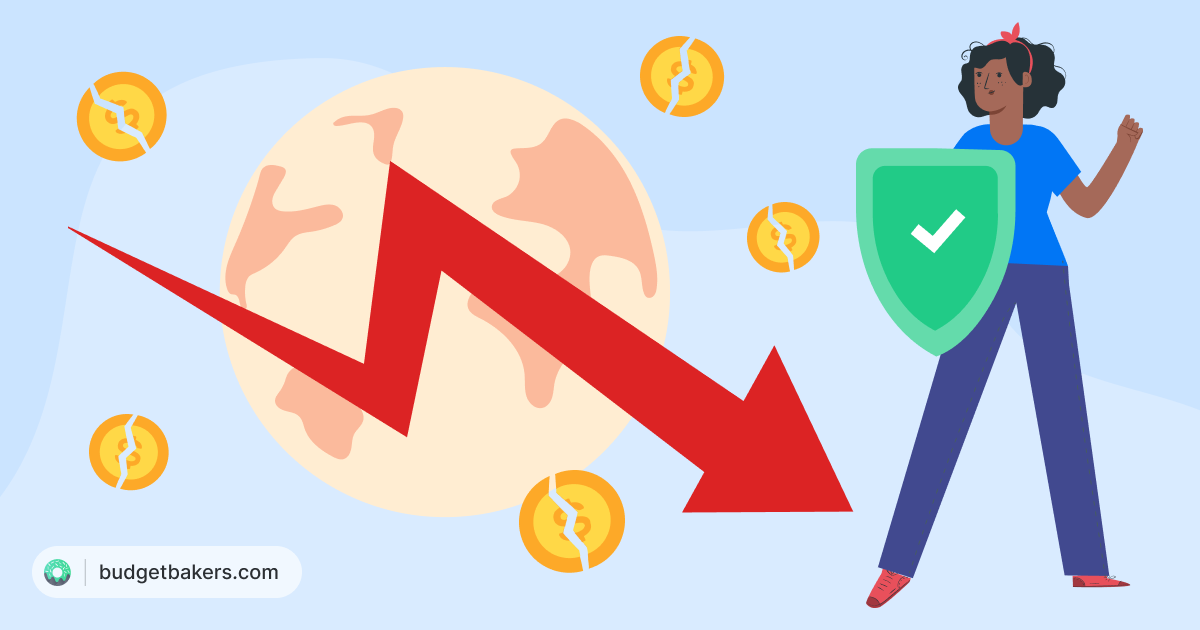